What the manager should say when an employee leaves
Share:

What the manager should say when an employee leaves

Some organizations have protocols for communicating about an employee’s departure, but often, individual managers are left to figure out what to say on their own.

If you’re among the latter, there are a few points you’ll want to consider in formulating your response before the employee leaves. First and foremost, is the departure voluntary or a termination?

If it’s voluntary, you may want to:

The scenario changes when the departure is involuntary, when the person has been terminated for behavior or performance issues.

In that case, you may want to: 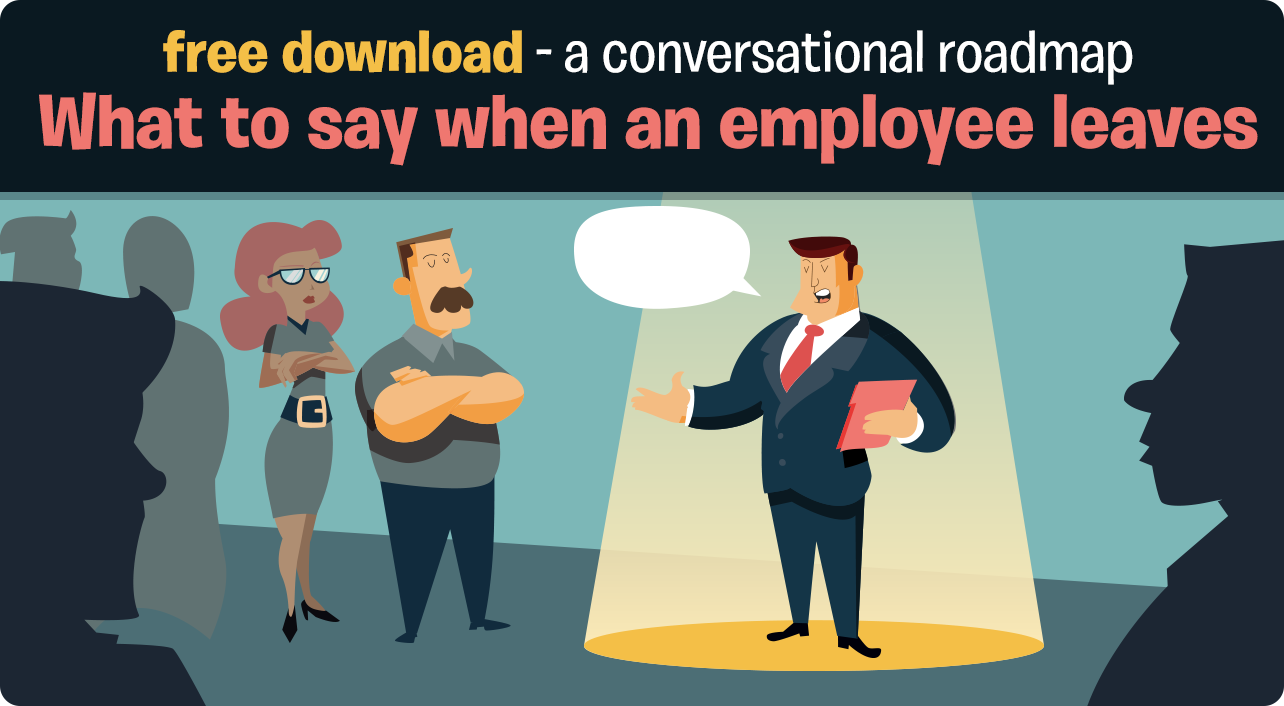 If you’re the one who has to announce an employee’s departure, and you want some wording to use, you might consider two useful templates from Alison Green, who blogs at Ask a Manager.

If it’s a voluntary quit, she suggests something like this:

“I’m sad to announce that Pete has decided to move on and his last day with us will be (date). Pete has been our top sales guy for three years running, and we wish him the very best. He’ll be hard to replace. In the interim, you can go to Jacki about any business you would have raised with Pete.”

If you’re dealing with an employee termination, vary the wording this way:

“Unfortunately, Pete’s last day with us was today. We wish him the best of luck, and we’ll be moving quickly to hire a replacement. In the interim, you can go to Jacki about any business you would have raised with Pete.”